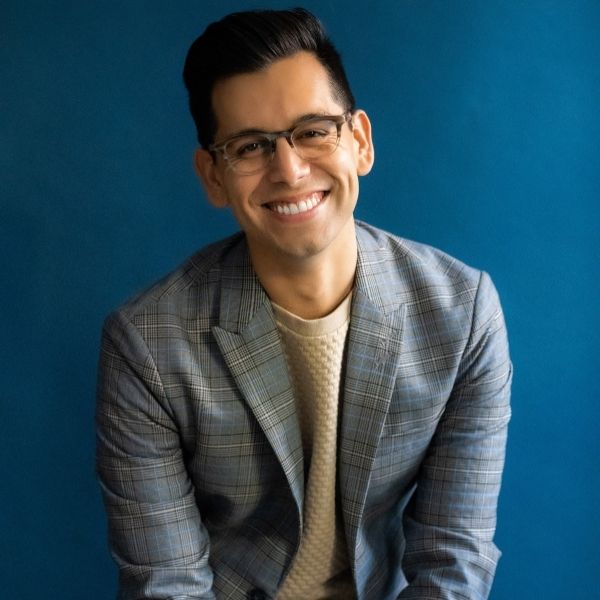 Sammy Lopez (he/him) is a curious theatre-maker dedicated to uplifting historically excluded voices & stories through the arts. He is proud to be the first resident director of New York City Children’s Theater, previously directing the virtual production of SAME SAME BUT DIFFERENT and the STORYLAND CABARET that re-opened the theatre’s in-person programming and toured to the five New York boroughs. Currently, he is co-directing the adaptation of the book FISH IN A TREE with his collaborator Melissa Jessel, and developing a new Theatre For The Very Young interactive experience inspired by his Abuelita. He is a co-founder and producer with P3 Productions, a Tony Award-winning producing team that’s built on three pillars: thought-provoking stories, strong values, and opening doors. His Broadway co-producing credits include The Old Vic’s A CHRISTMAS CAROL, BE MORE CHILL, THE KITE RUNNER, A STRANGE LOOP (2022 Tony Award with A Choir Full Productions) and he was the associate producer of BANDSTAND. He is a co-founder of The Industry Standard Group (TISG), the 2022 program mentor for Theatre Producers Of Color (TPOC), teaches with The Business of Broadway, and is a recipient of The Shubert Organization’s Artistic Circle and a Broadway League Fellow. Sammy is a proud graduate of Syracuse University’s School of Drama, L.A. County High School for the Arts, and serves on the board of the New 42, TYA/USA, and CO/LAB Theater Group. Visit www.Sammy-Lopez.com for more.