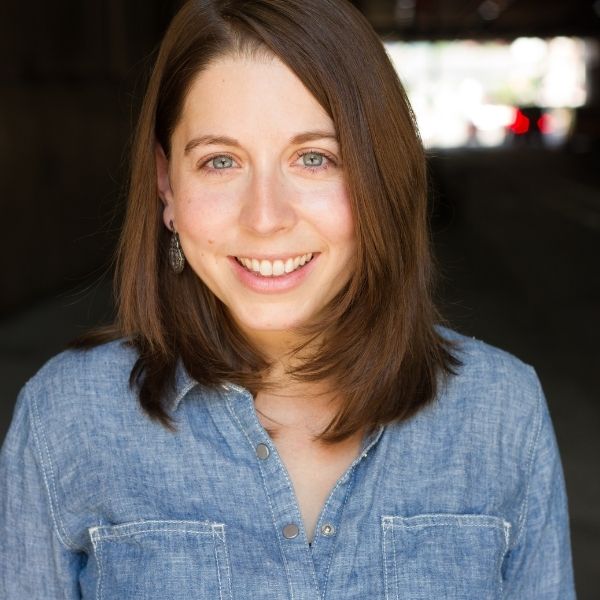 Emma Halpern is an arts administrator, dramaturg, and arts journalist. She currently works as a Project Manager for Advance NYC, a leading consulting firm dedicated to meeting the flexible, on-demand needs of nonprofits. She was previously the Managing Director of Saratoga Shakespeare Company in Saratoga Springs, New York.

Emma was a key staff member at New York City Children’s Theater from 2009-2019. Her hire was originally made possible with a grant through the American Recovery and Reinvestment Act, which enabled NYCCT to create an Artistic Associate position. As NYCCT grew, Emma was able to grow her position along with it, eventually serving as Co-Artistic Director for six seasons. While at NYCCT, Emma supervised over 20 productions (including 17 world premieres), helped manage the company’s 2014 name change and re-branding project, and oversaw the company’s new works initiatives. She cherishes the time that she spent with the company and is proud of how much NYCCT has accomplished over the years.

Emma has been a regular contributor to American Theatre magazine, the leading publication for the American nonprofit theater, where she published over 30 articles and interviewed over 75 theater professionals. She contributed a chapter to the textbook Racial and Ethnic Diversity in the Performing Arts Workforce and co-authored the field report “Envisioning the Future of Theater for Young Audiences,” commissioned by the National Endowment for the Arts.

Emma has a B.A. in English from Rutgers University and an M.F.A. in Dramaturgy from Brooklyn College, where she has taught as an adjunct lecturer in the M.F.A. Performing Arts Management Program.